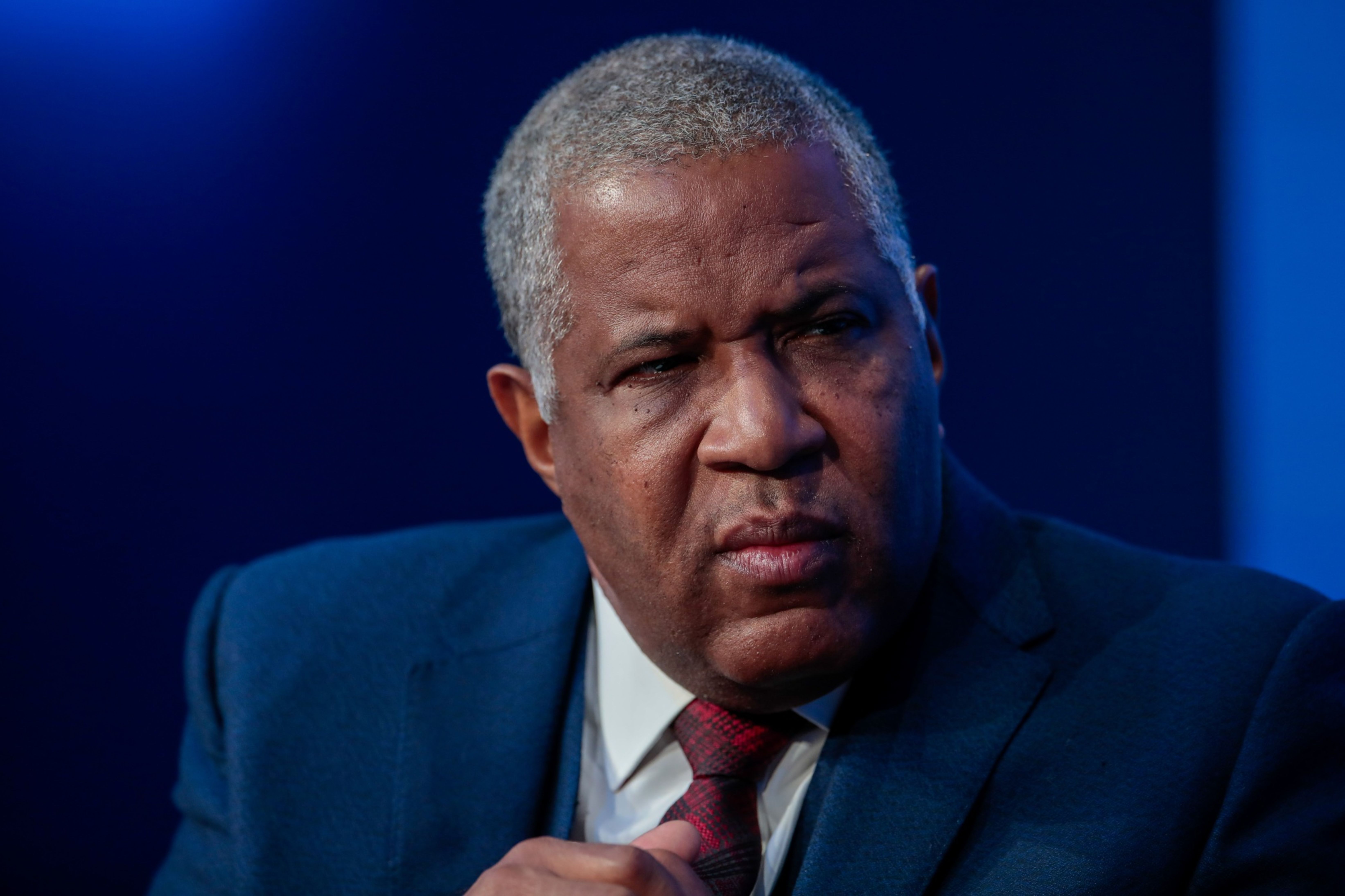 Smith, chief executive officer of the private equity firm Vista Equity Partners, informed some executives and investors of the pending agreement on Wednesday, the people said. Smith, 57, is cooperating with related tax investigations as part of a deal in which he will admit misconduct but won’t be prosecuted, they said.

The settlement, which doesn’t involve Vista, could be made public as early as Thursday, one person said. The settlement amount includes back taxes, penalties and interest, the people said.

Robert Smith, billionaire and chairman, co-founder and CEO of Vista Equity Partners, pauses during a panel session on day two of the World Economic Forum in Davos, Switzerland.

Alan Fleischmann, a spokesman for Smith and Vista Equity Partners, declined to comment.

Smith, with a net worth of $7 billion, is the wealthiest Black person in America. He gained widespread acclaim last year when he vowed to pay off the student loans of the graduating class of Morehouse College.

His tax troubles arose from a $1 billion investment in Vista’s first fund two decades ago by an offshore foundation tied to Robert Brockman, a Houston software businessman, people familiar with the matter have said. The Justice Department and Internal Revenue Service have been investigating whether Smith failed to pay U.S. taxes on about $200 million in assets that moved through offshore structures tied to Brockman, those people said.

The same prosecutors who have pursued Smith turned their attention to Brockman, who has been the subject of a grand jury investigation in San Francisco into whether he committed tax and money-laundering crimes, according to the people familiar with the Brockman matter.

Prosecutors in the Brockman matter, who were investigating “a major and very large tax fraud” in the U.S., believe $1.5 billion of revenue was fraudulently concealed, according to Bermuda court records.

Smith’s settlement includes a non-prosecution agreement that says he failed to pay about $30 million in taxes, with penalties and interest making up the remainder of the expected payout, according to a person familiar with a call that Smith conducted Wednesday. Smith said on the call that over three years, he failed to file accurate reports of foreign bank and financial accounts, known as FBARs, the person said.

A record 19.4 million homeowners can now save big on a mortgage refinance, as rates hit another new low
Boom times have returned for venture-backed start-ups, says co-founder of $3 billion fintech Brex
‘Black Friday has turned into Cyber Month’ – here are the best deals
France to press Biden team on digital taxes
No ‘Stealth Tax Hike’ in 2021, but Individual and Business Tax Increases Loom