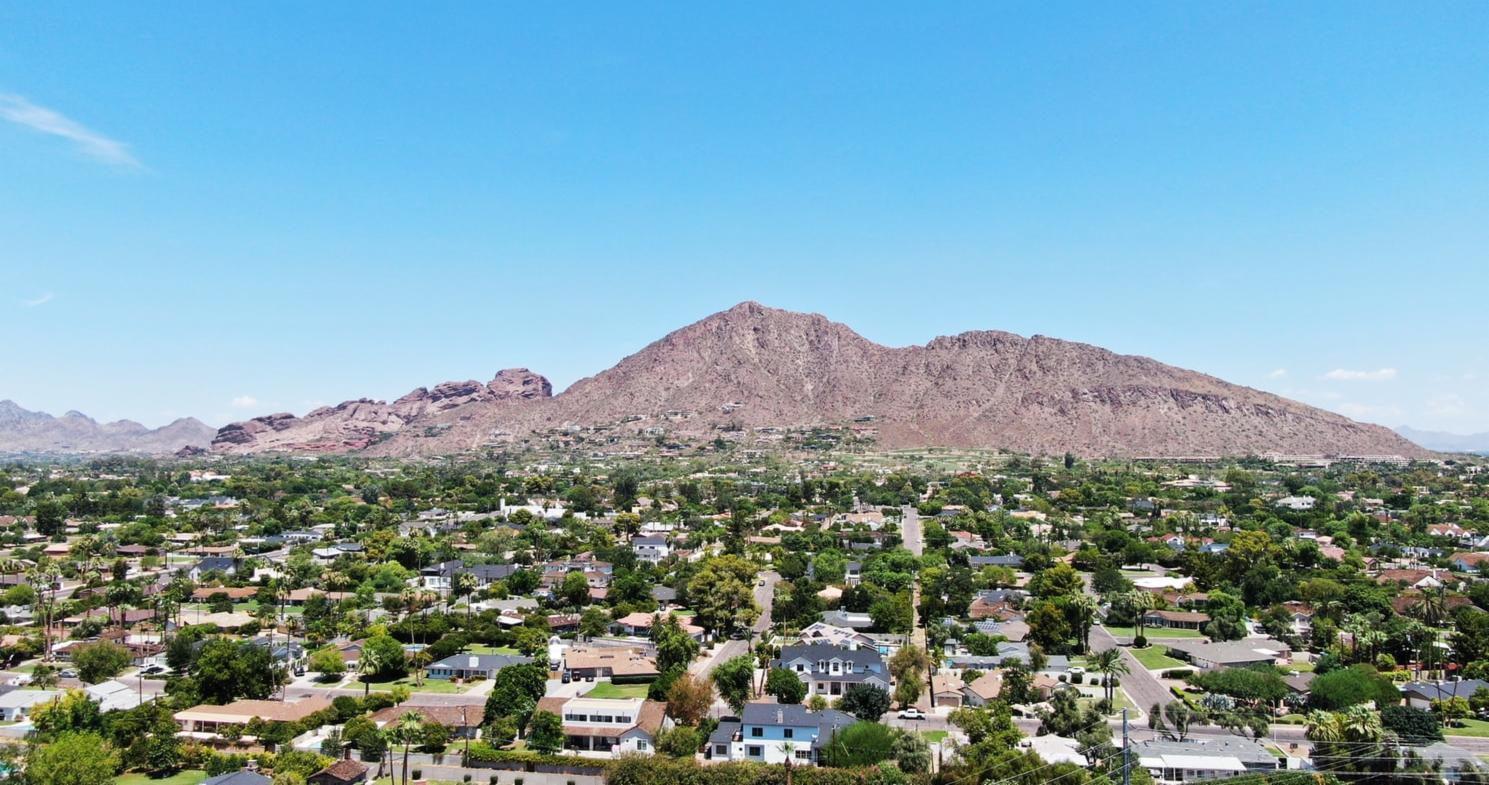 Next month, Arizona voters will decide whether to create a new fifth income tax bracket that would raise the top rate from 4.5 percent to 8 percent. Proposition 208 would create an additional 3.5 percent tax on income above $250,000 ($500,000 for joint filers) to generate additional revenue for education. The tax would be levied beginning in tax year 2021, with revenues distributed to localities according to the weighted student count.

Almost doubling the state’s top income tax rate is a huge shift that reverts decades of reforms which lowered the top marginal rate from a high of 7 percent. Currently, Arizona’s top bracket of 4.5 percent is competitive among its neighboring states and ranks as the fifth lowest in the nation. A top rate of 8 percent would move Arizona to the eighth highest of the 50 states and make it an outlier in its region. Next-door Nevada has no income tax, and New Mexico, Colorado, and Utah all have top rates of under 5 percent.

The only neighbor Arizona would still beat would be California—and narrowing that margin would undermine Arizona’s status as a destination for those fleeing California’s high taxes. The state’s long efforts to promote regional competitiveness have paid dividends: the income tax produces 185 percent more revenue in 2019 than it did in 1992 (inflation-adjusted) despite—or perhaps partly because of—substantial rate reductions. The state has seen a population boom, benefiting from outmigration from high-tax California, and inflation-adjusted collections have grown at nearly twice the rate of population increases.

Arizona is also a popular destination for so-called “snowbirds” due to its mild winters and low taxes. With an income tax change, the climate may still beckon some, but the tax climate won’t. And the dramatic increase in the tax rate on pass-through businesses, which pay through the individual income tax, would represent a serious hit to the state’s competitiveness.

The property tax is the mainstay of school finance in most states, including Arizona. This system has both advantages and disadvantages. Property taxes align with the benefit principle of taxation, meaning that the amount owed scales reasonably well with the government benefits received. (Note, of course, that while renters do not remit property taxes directly, they bear much of the economic burden of property taxes imposed on their landlords.) Better school systems increase the value of property, whether or not the current owner has school-age children, so a tax on the value of one’s home is, in this sense, a very equitable way to fund schools—in addition to the fact that choices about the size and location of one’s home are driven at least in part by having kids.

The property tax also tends to be quite stable compared to other forms of taxation, which is extremely valuable in school finance. Other taxes, particularly graduated-rate income taxes, tend to be considerably more volatile, declining sharply during economic downturns. Given the importance of education and the need for consistent funding, this too argues in favor of the property tax as a major source of school funding.

The disadvantage of property taxes for school finance has very little to do with the tax itself and primarily relates to its local character: by predominantly funding schools with local taxes (whatever taxes they may be), governments create inequities across school systems, with wealthier areas able to raise and spend more per pupil. State governments almost invariably have some formula by which they distribute additional aid to compensate for these disparities, though these formulas are often critiqued. At one point, it was common to have statewide property taxes, and that remains a viable mode of school finance (or at least supplemental school aid), though not one that many states have seriously explored in recent years.

Income taxes cause more economic distortion than property taxes. They tax both current consumption and savings (for future consumption), which reduces both investment and labor (and the return on labor).

Unlike the rest of the state’s income tax, moreover, the new bracket would not be indexed to inflation, which would result in what is called “bracket creep,” where income tax burdens increase even without an increase in real income. A person whose salary increases track with inflation could have the same amount of purchasing power year over year, while the change in the nominal dollar amount of earnings could push more of their income into the higher bracket. Because of this, the new Arizona bracket would capture progressively lower incomes as the value of the dollar decreases.

In times of economic upheaval, income taxes tend to see greater volatility than other taxes, and that is particularly true of those targeted at high earners, who often generate much of their income from investments, which are subject to steep losses during periods of economic contraction. These taxpayers also tend to be the most mobile, and that may be particularly true if their choice of Arizona was partly driven by tax considerations in the first place. A high top marginal rate would prove an inconsistent source of revenue for education.

A dramatic tax increase, particularly one that would hit small businesses, could interfere with the economic recovery. Arizona has been fortunate in economic growth and resulting taxation. Since its tax revenues bottomed out in 2010 at the trough of the Great Recession, they have increased 45 percent in real (inflation-adjusted) terms, including a 9.5 percent increase between FY 2018 and FY 2019 alone, representing a revenue increase nearly twice the size that Proposition 208 is intended to deliver. While COVID-19 is dragging down revenues now, the state would not be served by eliminating a key component of its economic success.

Significantly raising the income tax through Proposition 208 will only serve to make Arizona less competitive, especially at a time when individuals and small businesses are already struggling. If Arizona is looking for a long-term way to increase education funding, it would do well to avoid overburdening struggling taxpayers and look toward more broad-based, stable sources of revenue.