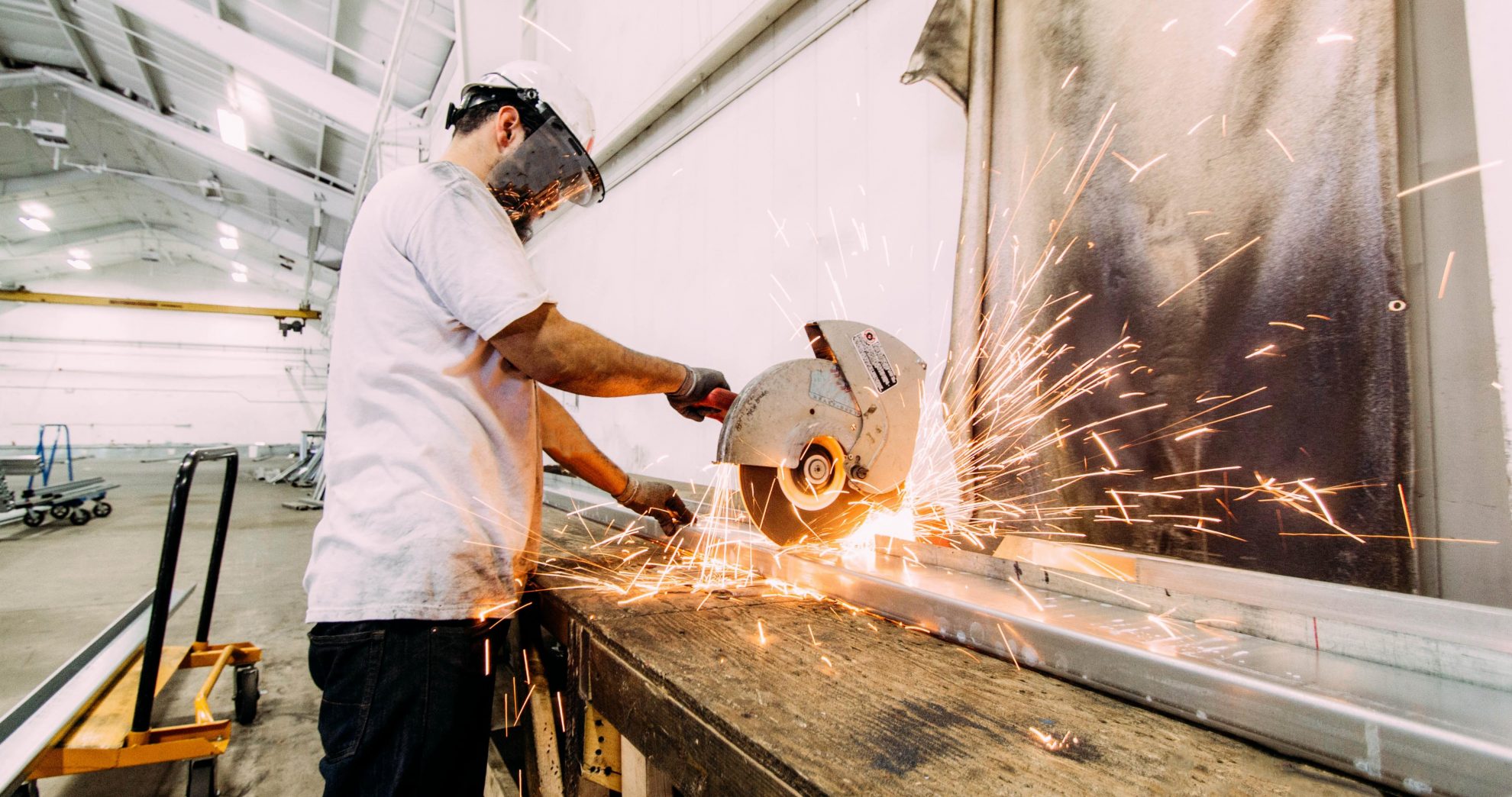 Today, the House Republican Study Committee released a proposal to address education, labor, and welfare policy with the aim of expanding opportunity, liberty, and free enterprise for all Americans. Among the 118 policy recommendations by the task force in the “Reclaiming the American Dream” white paper are several tax policy changes across the education, labor, and welfare sectors of the economy, which we outline below.

The task force recommends eliminating the two permanent tuition tax credits: the American Opportunity Tax Credit (AOTC) and the Lifelong Learning Tax Credit (LLTC). The AOTC is structured as a $2,500 maximum annual credit and is partially refundable up to $1,000 if the credit amount exceeds tax liability. The LLTC provides a maximum annual amount up to $2,000 per tax return, calculated as 20 percent of the first $10,000 of qualified expenses, and it is nonrefundable. As we have written previously, these credits are part of a complex, ineffective swath of provisions aimed at higher education, all of which fail to address the underlying causes of increasing costs. The report argues that tax subsidies are one of the causes of tuition inflation as they enable institutions of higher learning to adjust upward their tuition, fees, and service prices.

The tax code provides an above-the-line deduction of the lesser of $2,500 or the amount of interest paid by a filer during a given year on certain student loans. However, the deduction currently contains a marriage penalty if both filers on a joint return have student loan interest to deduct as it only allows the combined couple to claim a single deduction even if both filers have debt. The task force plan recommends to double the amount of expenses available for deduction in the case of joint filers if both can prove they have qualifying student loan debt in combination with a deficit-reducing reform to make the change budget-neutral.

The plan proposes expanding 529 accounts into “Lifelong Learning Education Savings Accounts [ESA’s]” which could cover expenses ranging from pre-Kindergarten, homeschooling, short-term degree programs, job training programs, and other educational expenses. These updates would provide more flexibility for students, parents, and educators seeking to adapt to the COVID-19 outbreak. Currently, families are able to use a 529 tax savings account to set aside a portion of their income to use for college expenses (e.g., tuition, books, etc.) and up to $10,000 of K-12 expenses, but this excludes short-term and non-degree programs offered by non-traditional educational providers.

The RSC plan includes two changes designed to help gig economy workers by simplifying various requirements. First, the plan proposes to enact the New GIG Act. A previous Tax Foundation analysis explains that the Act “seeks to add certainty to the worker classification rules by creating a safe harbor for determining if a gig economy worker is an independent contractor. The safe harbor would rely on three objective tests demonstrating the independence of gig economy workers, simplifying the current 20-factor test currently used by the IRS.” Second, the plan would allow household workers such as nannies, cleaners, and others the option to be treated as independent contractors to simplify income reporting requirements that these workers currently face.

Supporting the Advancement of the American Worker by Increasing Upskilling Opportunities

To promote worker training, the plan calls for changing the deductibility of worker training expenses for companies. Under current law, companies are restricted from deducting the costs of worker training if that training would qualify the worker for a new trade or business—reducing the incentive for businesses to invest in these types of trainings. The plan recommends that training and education expenses that are not related to an employee’s current job be deductible as a business expense and that expenses associated with forming a partnership with a nonprofit or educational institute for the purposes of upskilling should also be deductible.

The plan also calls for the adoption of Universal Savings Accounts. The tax code currently offers several savings vehicles that provide neutral treatment when taxpayers use their savings for specific purposes, such as retirement or education. This neutrality is limited, though, by numerous rules and restrictions that govern these accounts, making the tax structure of long-term saving complex and biased. Universal Savings Accounts would provide the appropriate tax treatment to saving without restrictions on how savers can use their funds.

Insulate Remote Work from Undue Tax Burdens During the Pandemic

The rise of remote work during the current pandemic has brought state tax codes’ treatment of remote work and multistate income into the spotlight. Income can be sourced to states both based on domicile and where the income is earned. Typically, a person’s home state taxes all income from all sources, but provides credits for taxes paid to other states, while other states can tax that person’s income to the extent that it was earned in the state.

This usually means that if an employee lives in one state but works in another, they pay income taxes in both states, but their home state provides a credit for taxes paid to the other state, avoiding double taxation. However, seven states source income to the state if an employee’s office is located there, regardless of where the employee physically works. In this case, the employee’s home state is unlikely to offer a credit, since from the state’s perspective, the work was performed there and there is nothing to credit. Both states tax the income, with no offsetting credits, resulting in double taxation.

While it is widely accepted that states may tax nonresidents on income earned in their state, moreover, states vary in the thresholds a worker must achieve to be subject to the state’s tax code. In 24 states, even a day’s work in a given state imposes filing obligations (though in most cases, they may be under the threshold to owe any taxes); other states have thresholds of two weeks, a month, or more. This patchwork approach creates complexity for taxpayers whose work takes them to multiple states, or who may have moved around during the pandemic.

To address this, the task force recommends that employers and employees should be treated as though they were not teleworking. Workers who have been forced to work from home to comply with stay-at-home orders should not be penalized with an increased tax or compliance burden. Specifically, the task force contends that Congress should act to ensure that employee income should be considered to be earned at the employee’s primary work location. Businesses should also be given assurance that allowing workers to telework will not create a business nexus in other states or alter payroll tax accounting or disbursement for the purposes of tax apportionment.

Federal legislation has been proposed to address some of these issues. Mobile workforce legislation like the Remote and Mobile Worker Relief Act (S.3995) would establish a minimum number of days a person must work in a state before being subject to their individual income taxes. Telework fairness legislation like the Multi-State Worker Tax Fairness Act (H.R.7968) would eliminate the ability of a state to tax remote workers simply because of where a physical office is located. And the Business Activity Tax Simplification Act (H.R.3063) would modernize existing federal laws on business nexus, which could be combined with measures to prevent remote workers from triggering taxable nexus.

Implement stronger verification to prevent fraud in the EITC and CTC

The taskforce recommends greater Internal Revenue Service (IRS) oversight over income and custodial guardianship as it relates to the Earned Income Tax Credit (EITC) and the Child Tax Credit (CTC). It also recommends that welfare benefits such as Temporary Assistance for Needy Families (TANF), Supplemental Nutrition Assistance Program (SNAP), and public housing (e.g., Section 8 vouchers, etc.) be cross-checked by the IRS to verify family size and reported income. Under current law, overlapping definitions, requirements, and other factors contribute to a relatively high rate of improper payments, motivating the task force to propose ways to reduce fraud.

The RSC’s report includes recommendations to expand flexibility in certain areas while curtailing excess and duplicative programs. For example, eliminating complex and ineffective tax credits while expanding provisions that allow taxpayers greater choice in how to use their savings would improve the tax code. Likewise, supporting simplifications of the way remote work is taxed during the pandemic could help avoid harmful taxation. Overall, the report outlines many tax changes that would improve the simplicity and neutrality of the tax code.

Harvard psychologist: The toxic money mindset that even millionaires have—and how to break out of it
Here’s why Powerball and Mega Millions jackpots aren’t reaching giant amounts anymore
Mark Cuban on stalled stimulus negotiations: All of Congress is ‘complicit in the problem’
Airline shares buck market selloff after TSA screenings topped 1 million, a 7-month high
3% Social Security boost? $1,200 stimulus checks? How to get needed money to seniors